Share time with those stuck in the “waiting room of history.” Critically confront Germany’s colonial past and creatively reimagine Germany’s decolonial future.

As Germany confronts its contemporary migration “problem” it must also come to terms with the lingering violence of its emigratory past. This violence persists not only in the colonial traces found on street signs and behind museum doors, but also in immigration policies and development programs.

In our efforts to re-politicize the waiting room as a colonial space, we hope to create objects and images that contribute to this critical reflection, and offer you a space to pause, learn, and to dream with us of systems that are made just and equitable by eliminating inequality through education, dialogue, communication and action.

‚The Colonial Waiting Room‘ is the first production of the S27 project ‚Studio Ƙarfi‘ in our shop at Schlesische Straße 10/11. ‚Ƙarfi‘ is hausa and stands for strength, power and empowerment. With the means of art, we take a critical, decolonial look at society, the world and concrete realities of life that we want to change.

Studio Ƙarfi is a cooperation of our projects Bildungsmanufaktur and WIR!Filialen and is funded by the Stiftung Deutsche Jugendmarke e.V., Der Paritätische Berlin and the Senate Department for Education, Youth and Family. 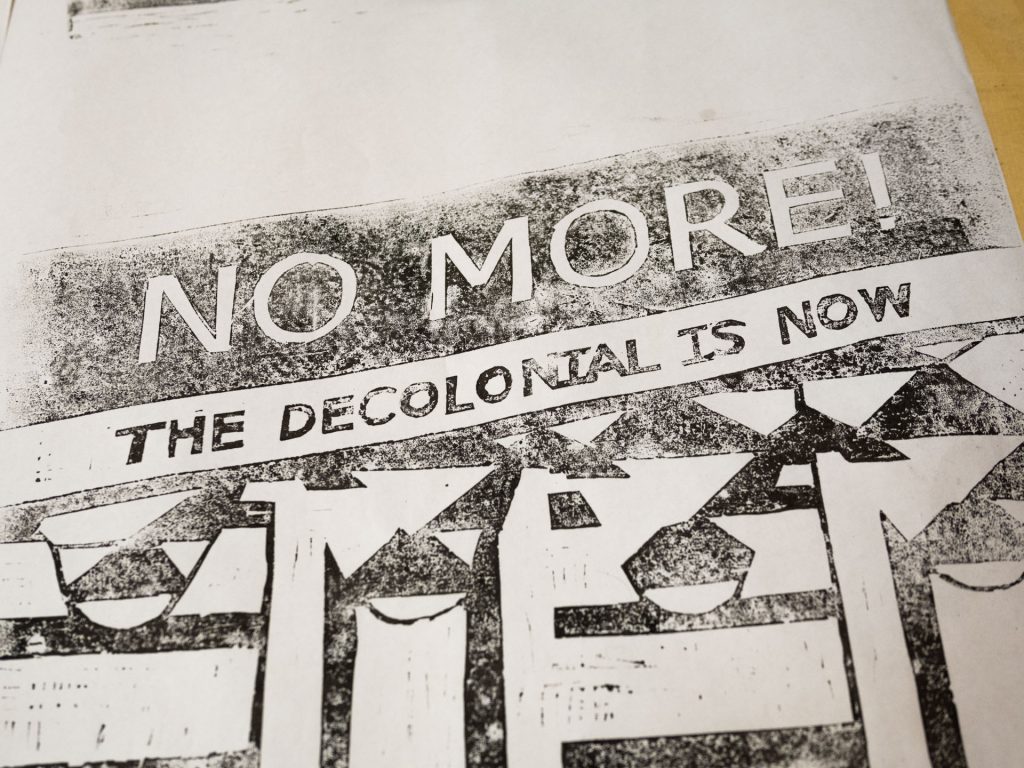 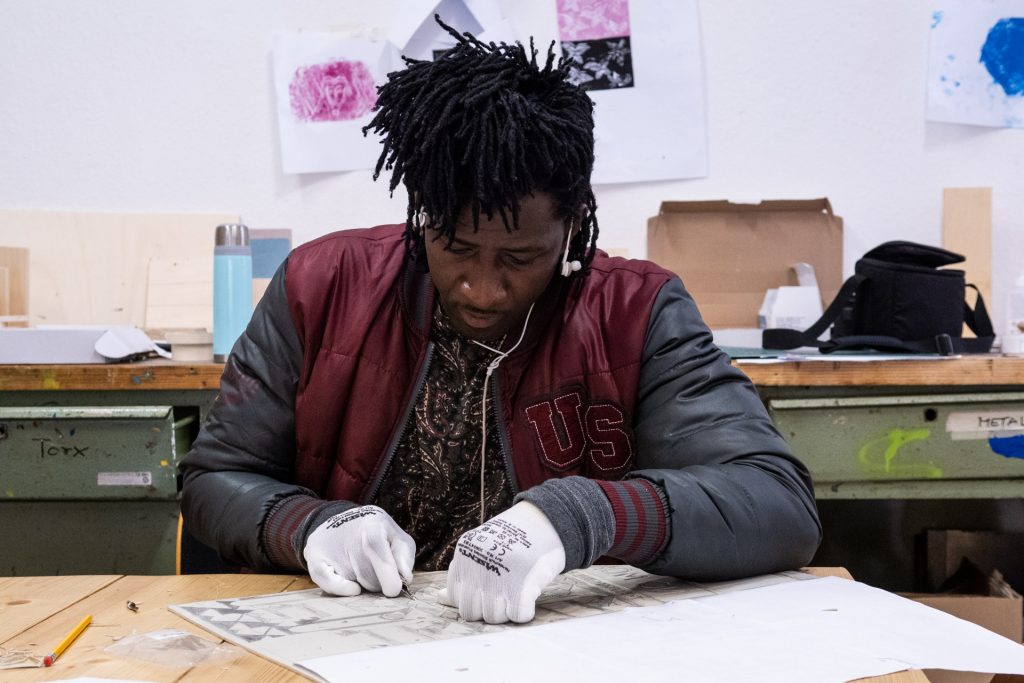 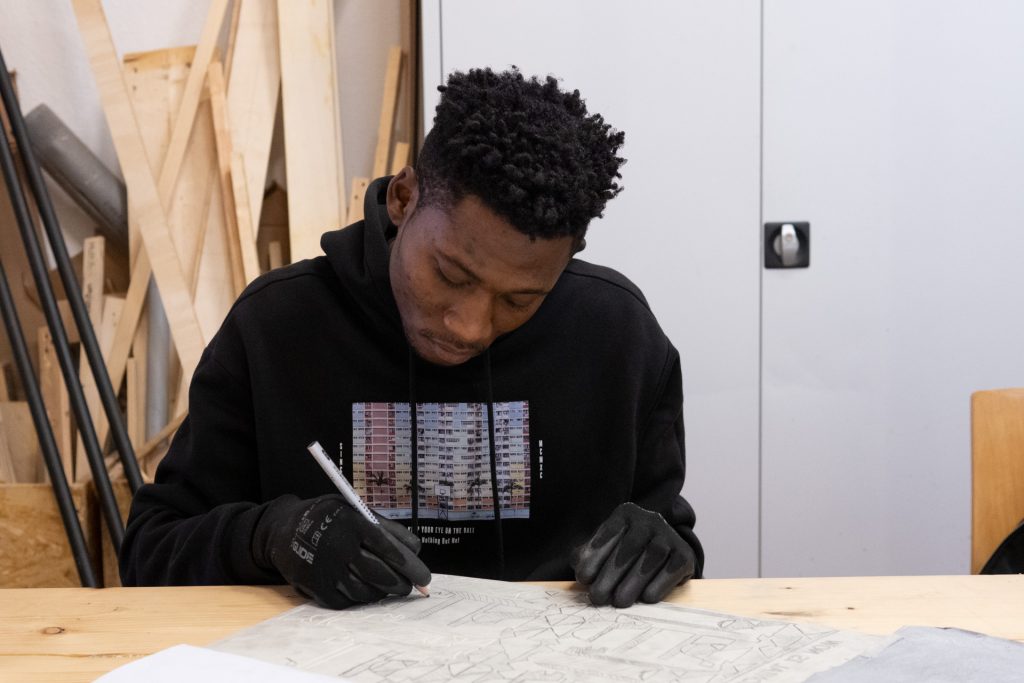 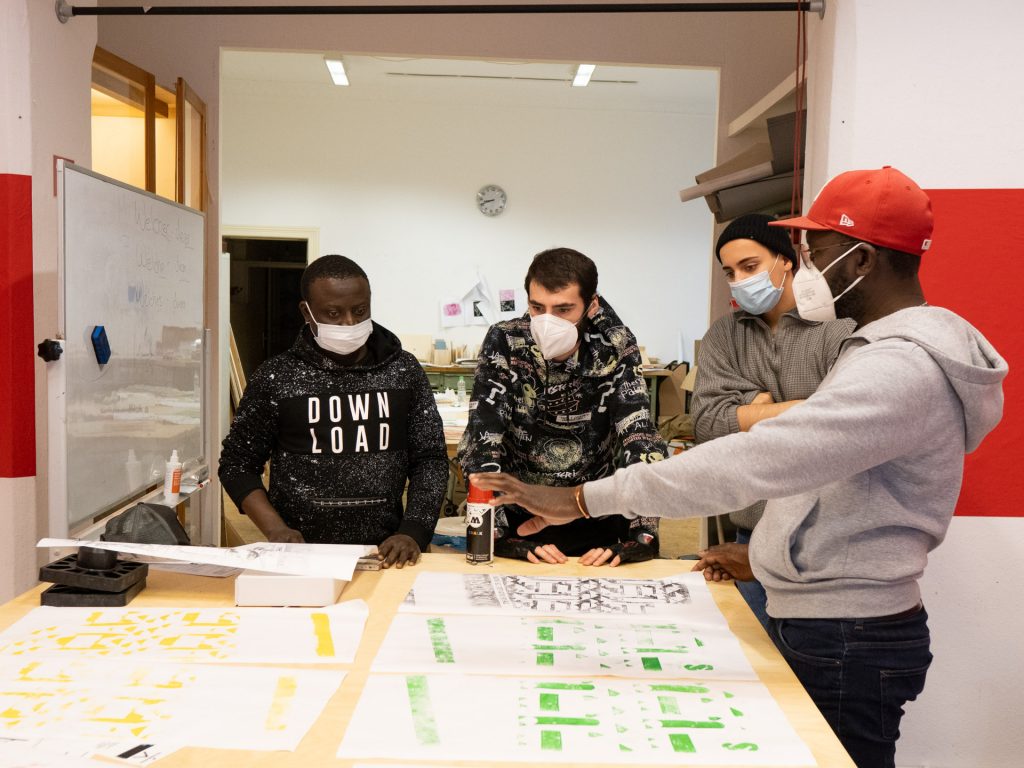 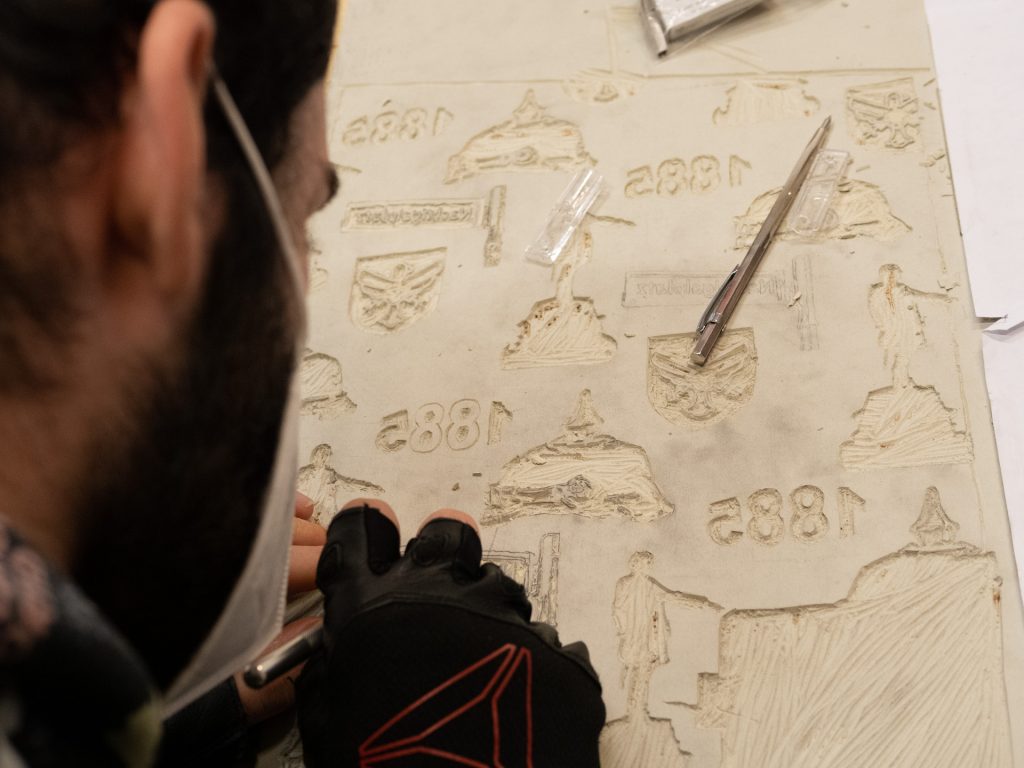 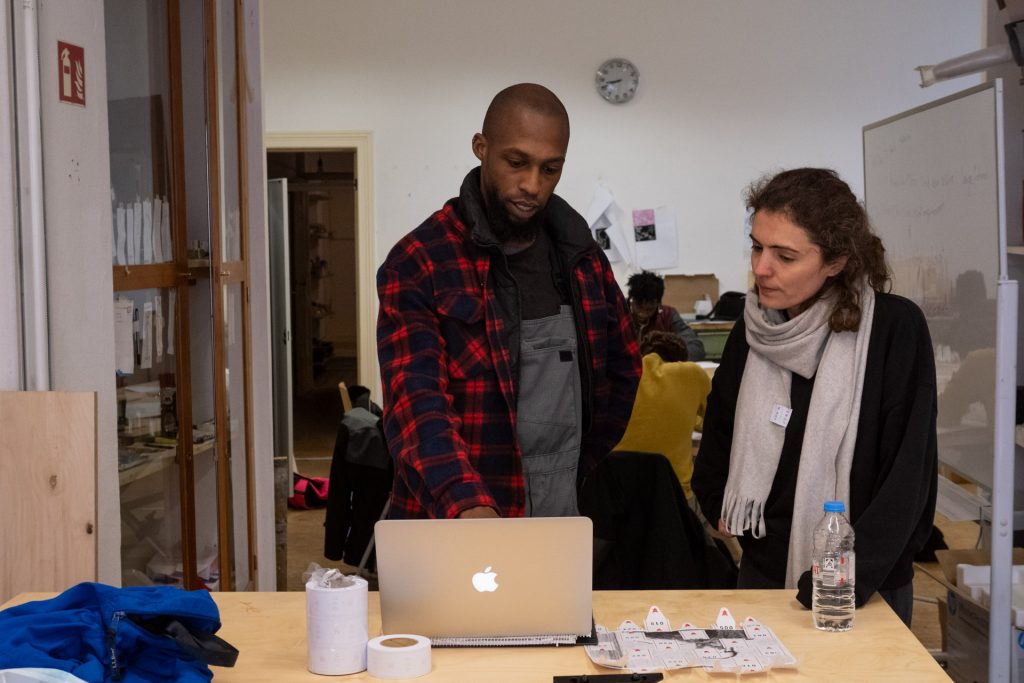 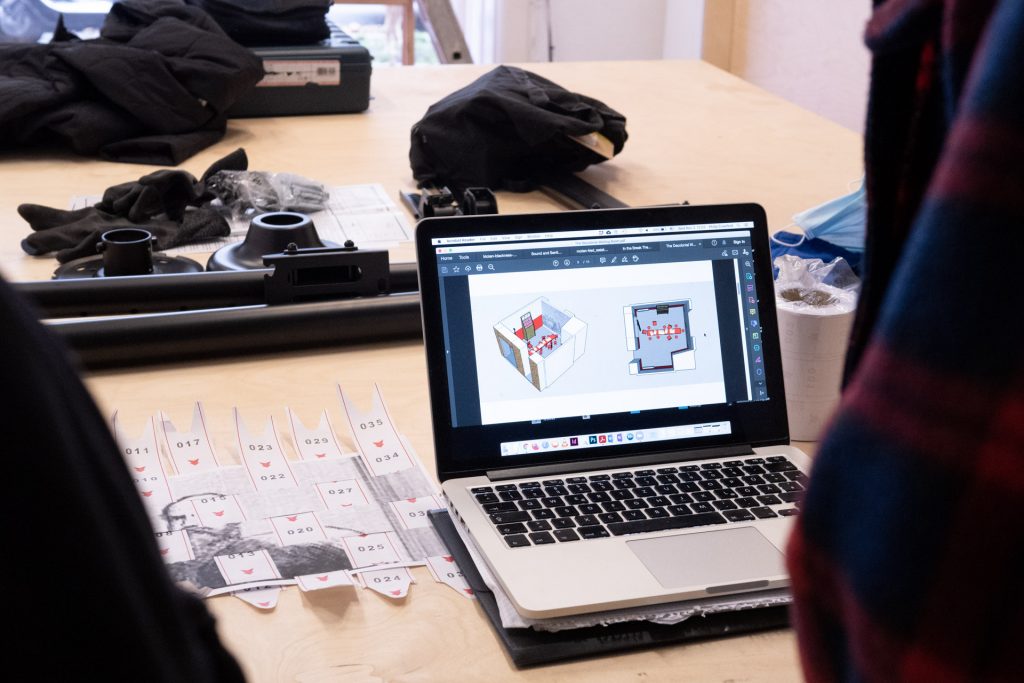 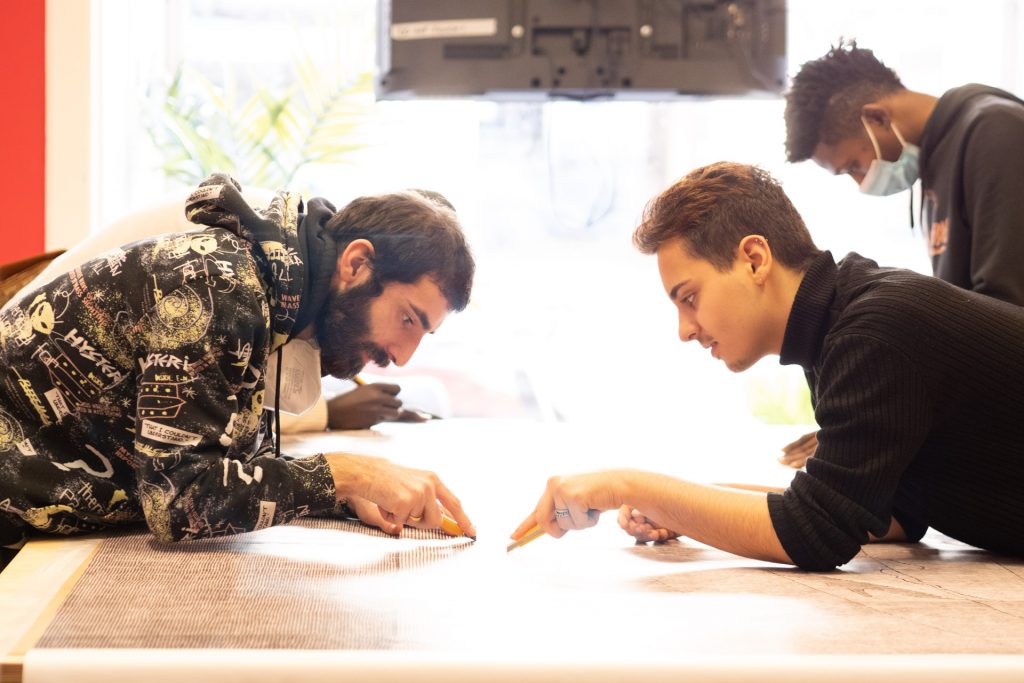 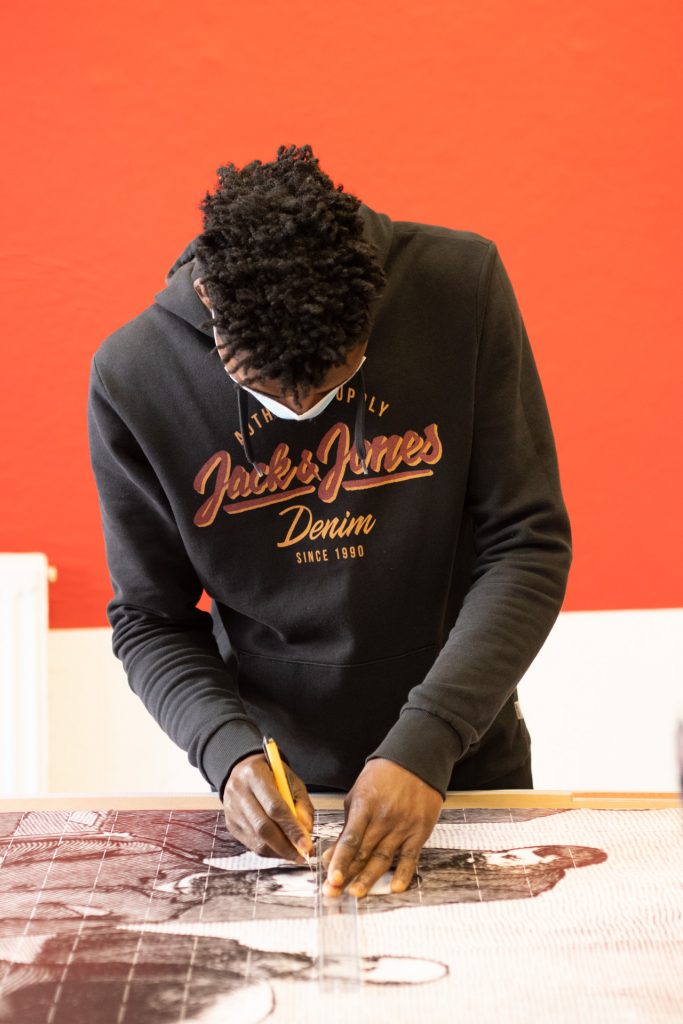 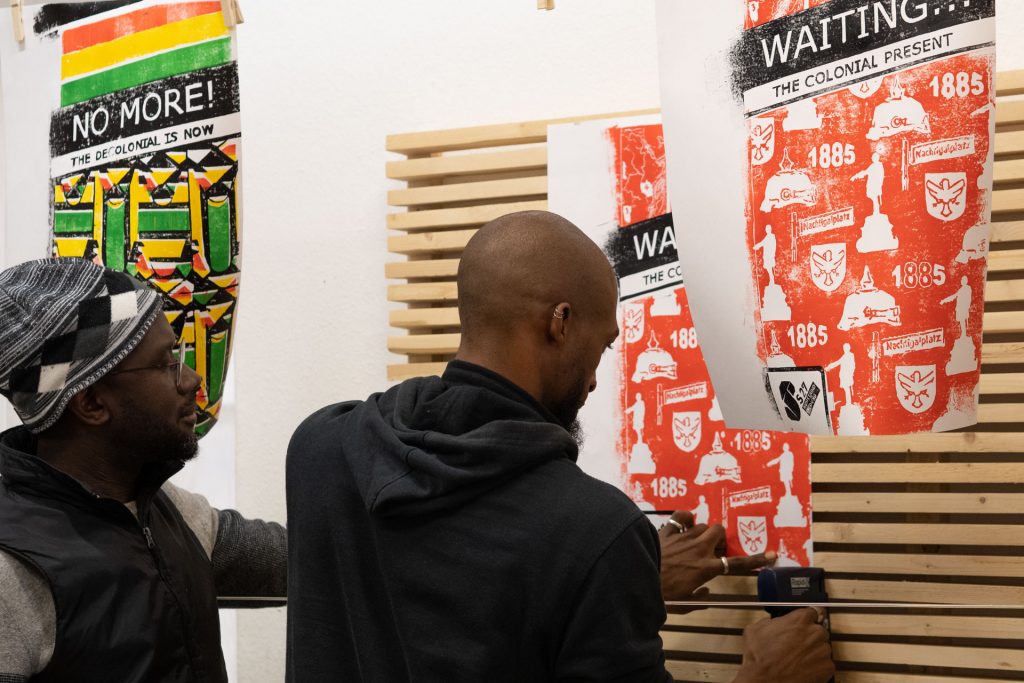 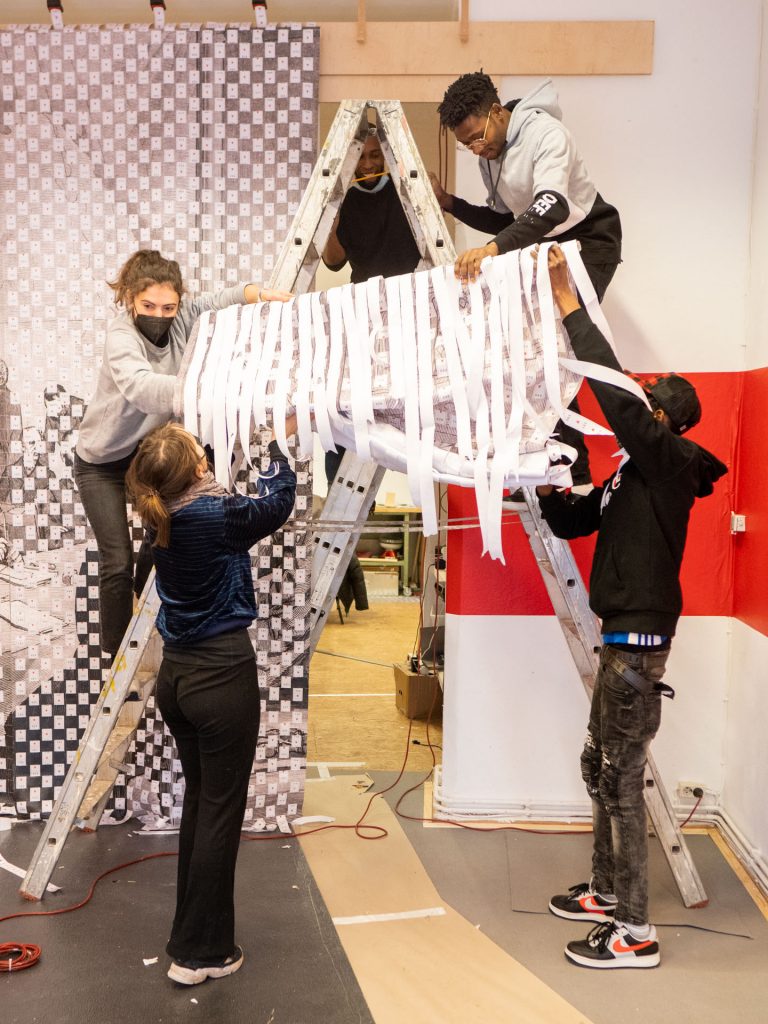 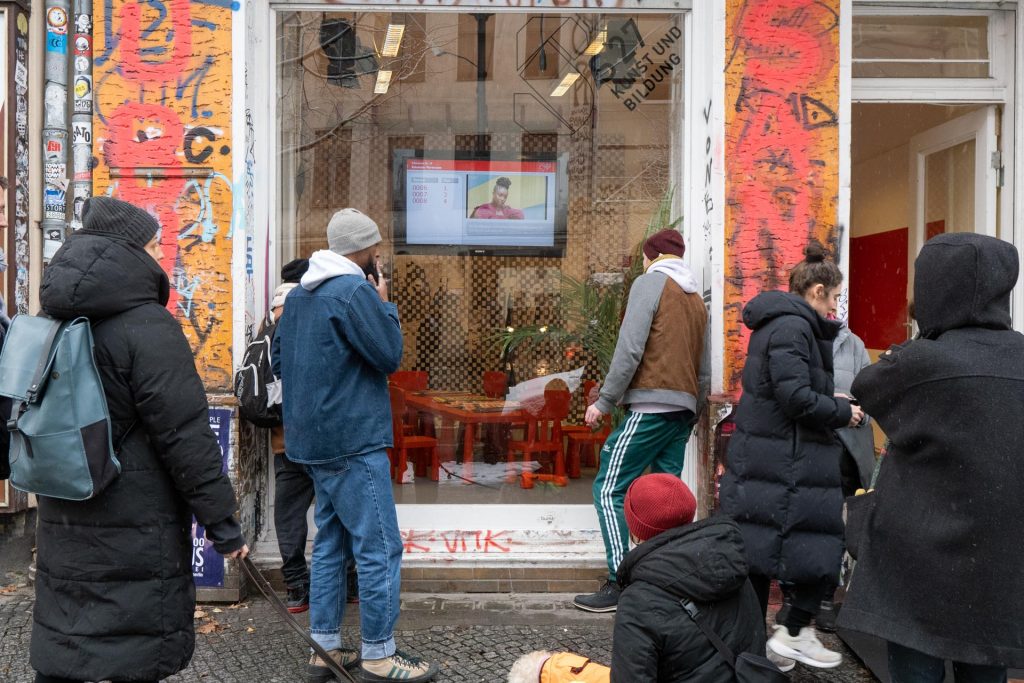 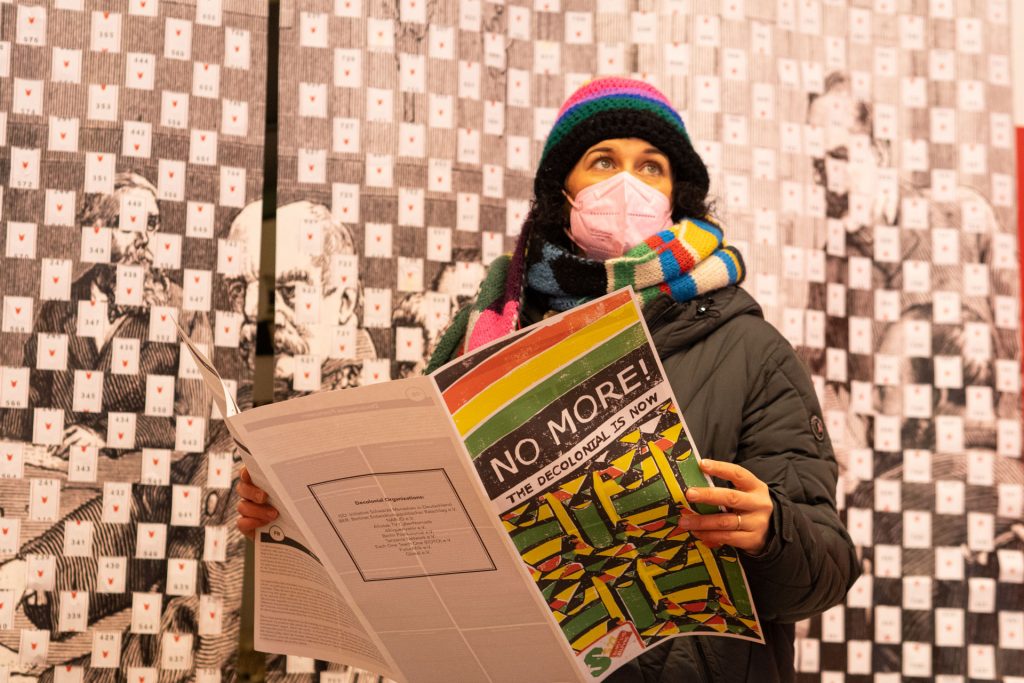 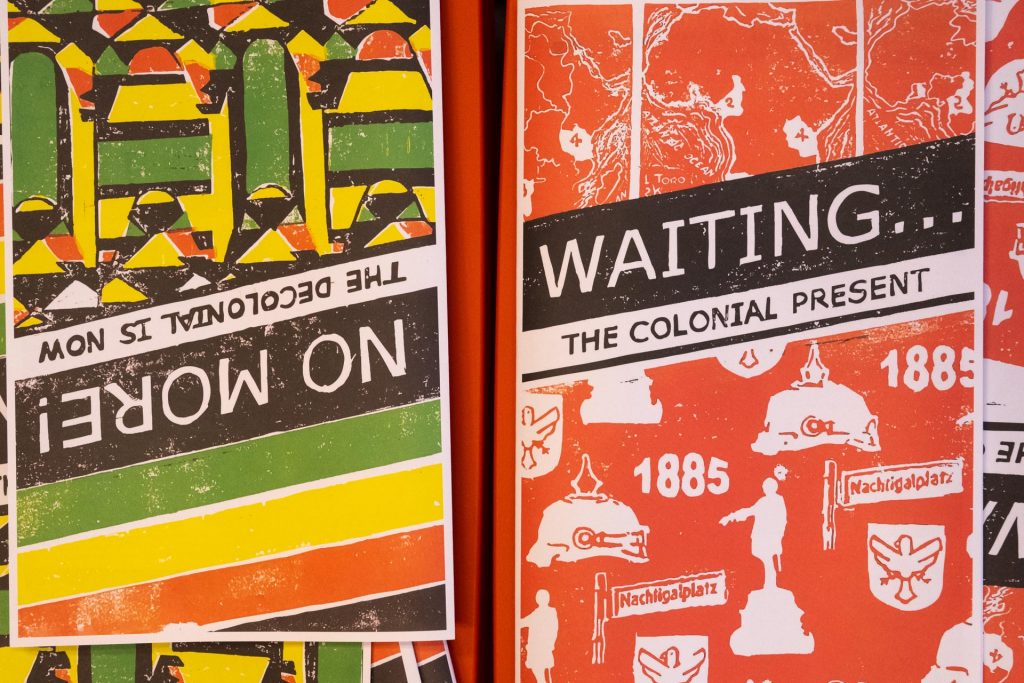 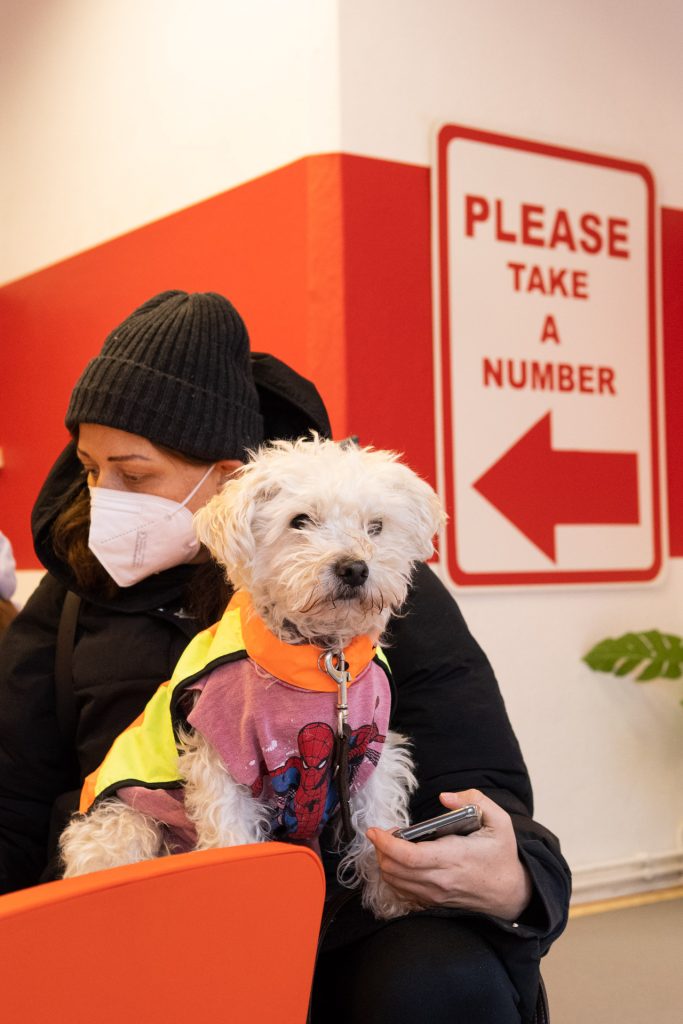 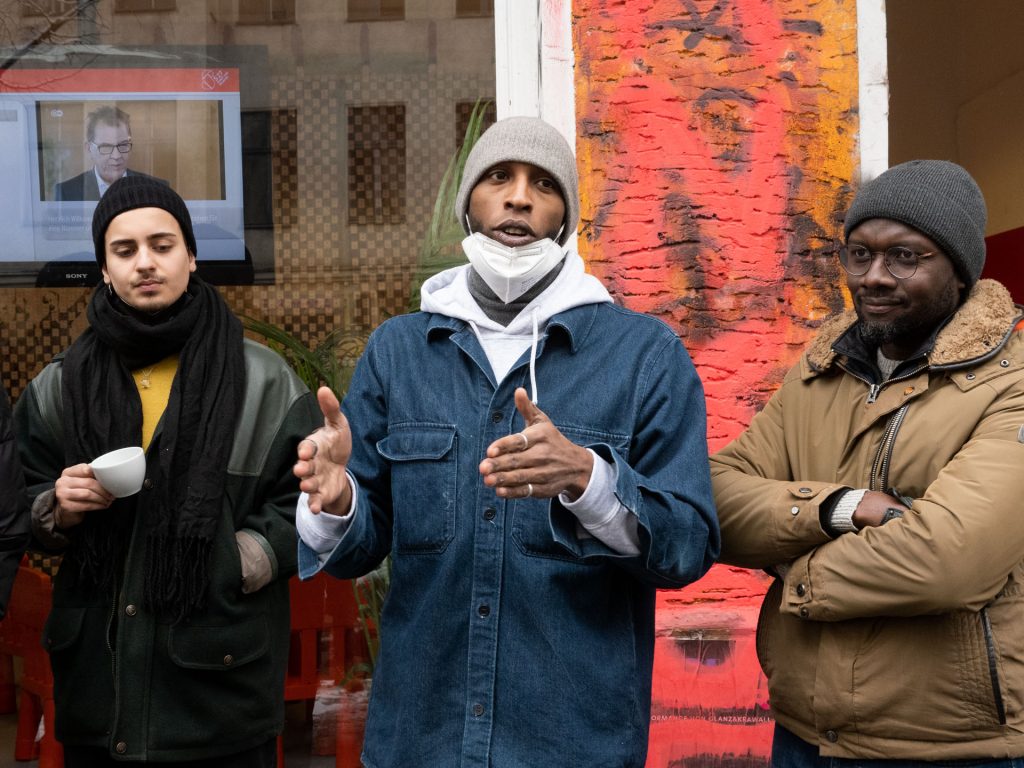 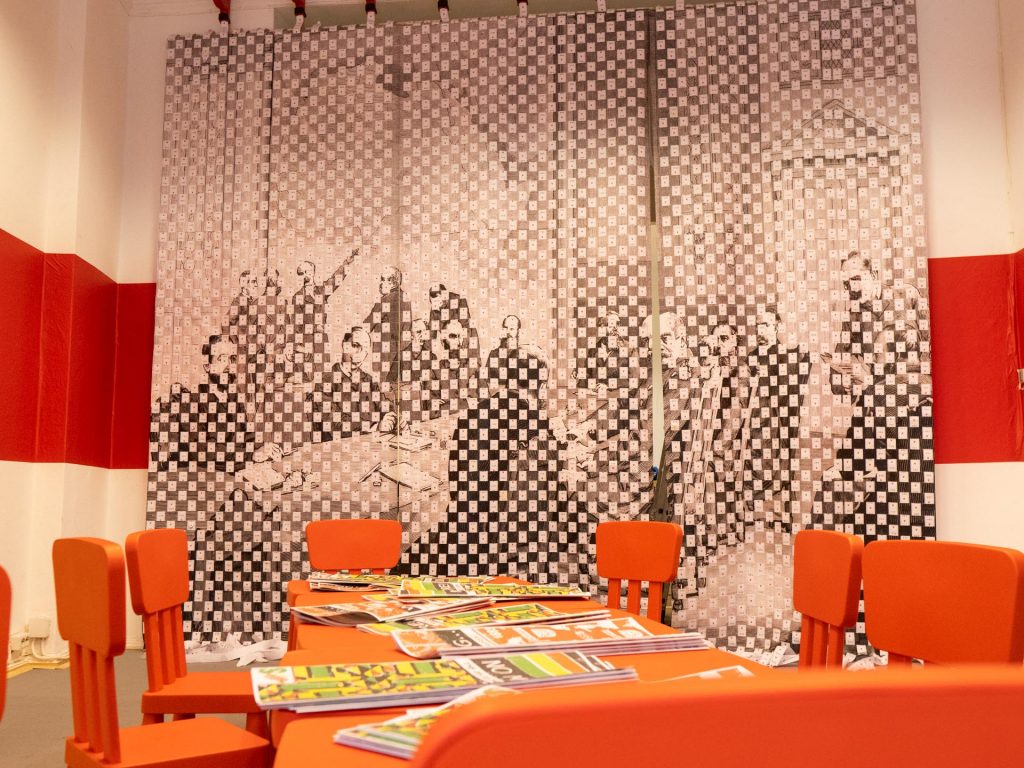 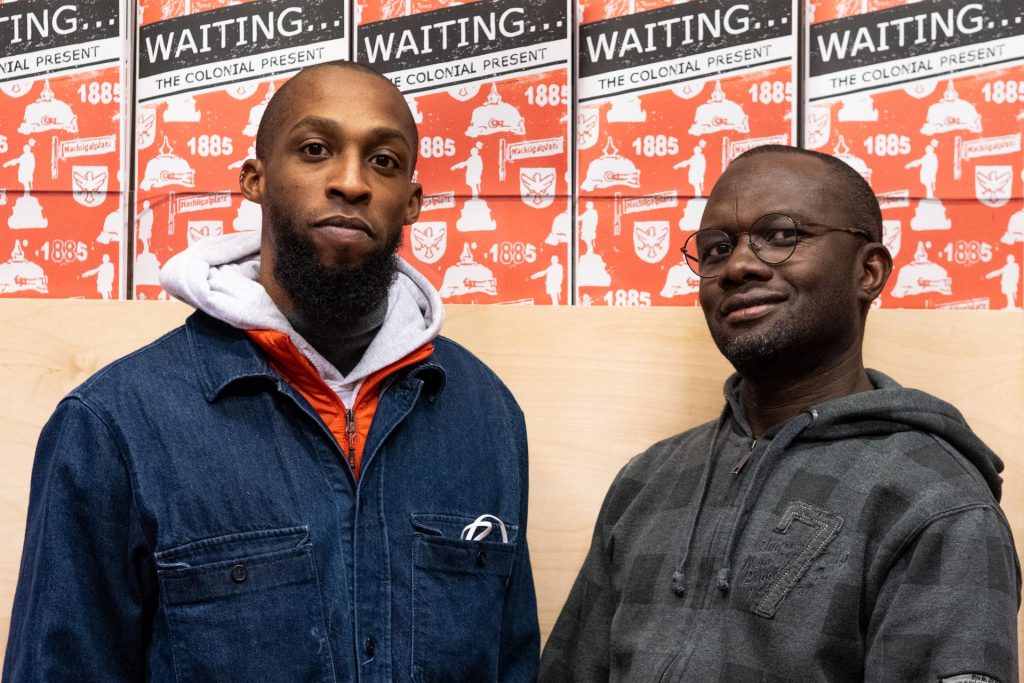 We print it black and colorful on white: THE DECOLONIAL IS NOW.

The Waiting Room as a Colonial Space

When visiting the bustling rooms of the state office, it is often within the muted confines of the waiting room that we find bureaucracy at its most active. The moments spent here are not just another part of the Queue. Instead, the waiting room becomes a site of transition, a liminal space between there and here, between being and belonging, between past and future. This room is a space of possibility and also of subjugation. We take our numbers and find a seat. We glance over framed pictures and information boards and flip through official pamphlets. As we check our documents and watch the screen, anxiously waiting to be hailed, we might dream of past and future homes and our distance from both.

Can we also consider the waiting room, particularly on our frequent visits to the Ausländerbehörde, as a colonial space? Many visitors to these official offices come from countries that might themselves be considered as stuck in the “waiting room of history;” perpetually developing nations that reveal post-colonial progress as frozen time. Unfortunately, their individual migration journeys often echo this broader truth, each revealing a bureaucracy-dictated failure to transition or integrate. The stories of those who wait become part of larger narratives of the social, cultural and economic barriers created by Western colonial exploits. They reveal the systemic, material and ideological remnants of the European imperial era that exist all around us, memorialized in both brick and mortar and collective memory.