Berlin’s Teufelsberg is a dormant history lab. Plenty of hidden treasures lurk on its surface, whether it be shards, door handles, cables or other remnants. There are many unexpected stories to be told and poetic pictures to be painted from what you can find in the buried rubble that covered Berlin after the Second World War.

There are now many young people in Berlin who have just witnessed the destruction of their own villages and towns in Syria, Afghanistan and other international war zones, and they often ask about the history of Berlin. Things like: “How can such a vibrant city come from such fatal destruction?” And “What became of the hopes and visions for the future of the young people at the time?”

Since autumn 2018 we have been exploring these questions and more with the Neuköllner Oper theatre group, as we went searching for hints of the past at Teufelsberg’s kite-flying plateau.  We were then joined by people who were there to experience a destroyed Berlin as well as artists currently living in the city to examine and interpret the objects we had found, and then “acted them out”. At the end of it all, we had both a mobile archive and a theatre piece to enjoy.

The results of various creative workshops as well as the work of participating artists culminated in the exhibition ARCHIVRAUM TEUFELSBERG OPERA. The exhibition was sponsored by the Berliner Sparkasse Foundation. 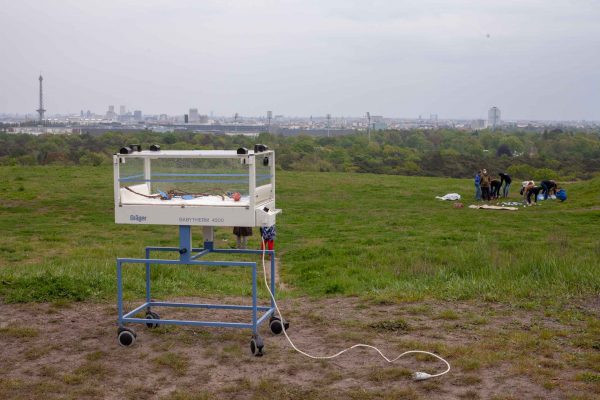 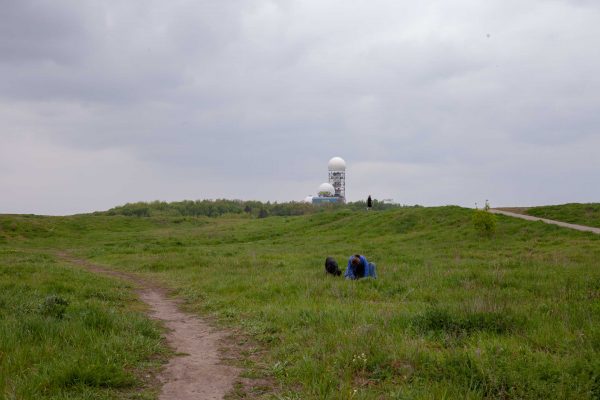 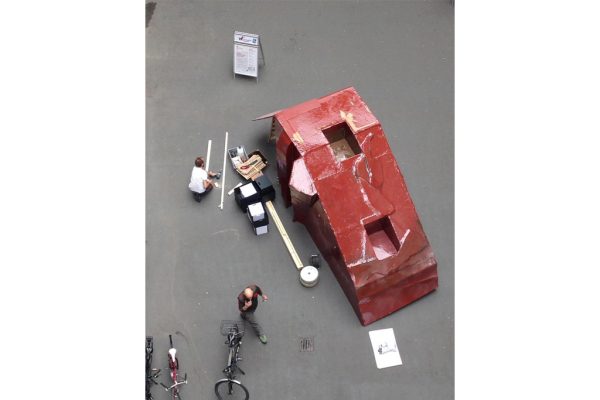 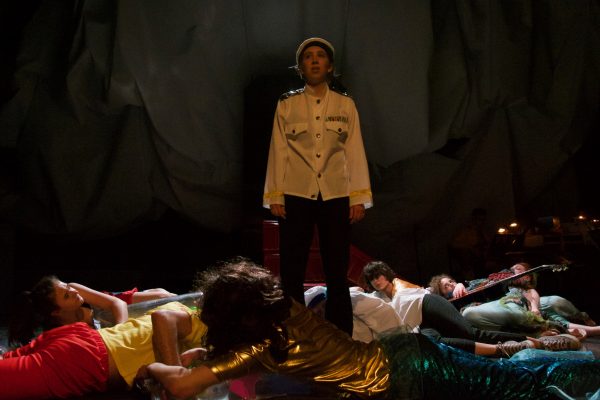 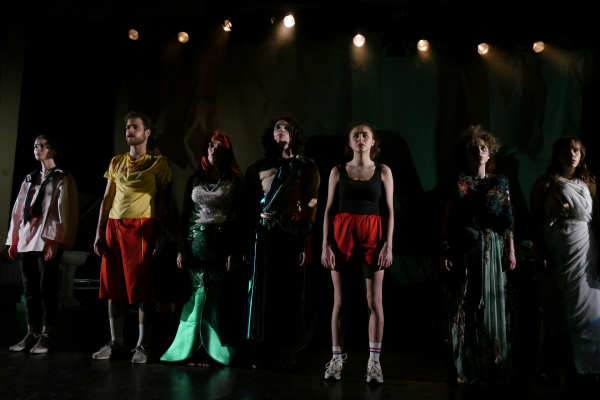 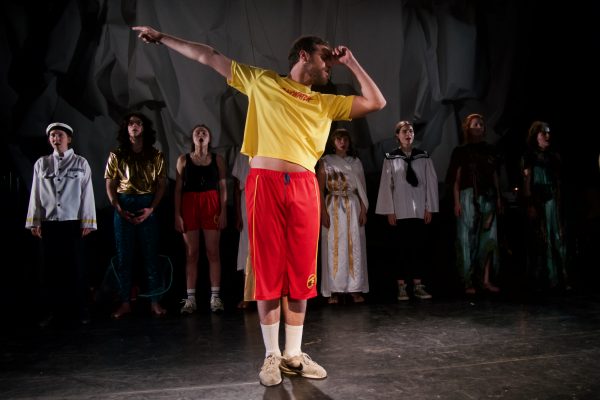 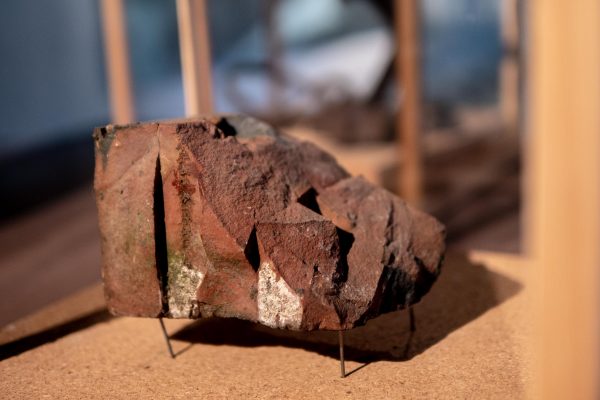 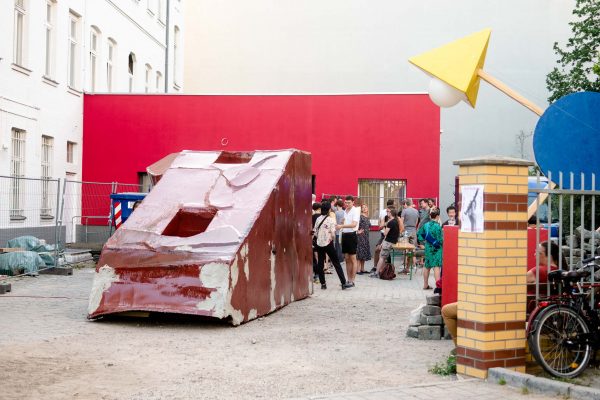 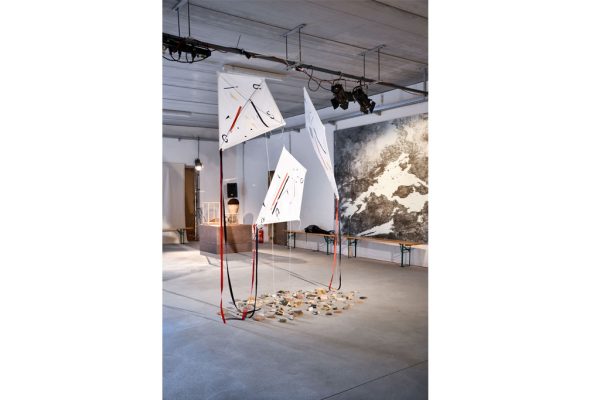 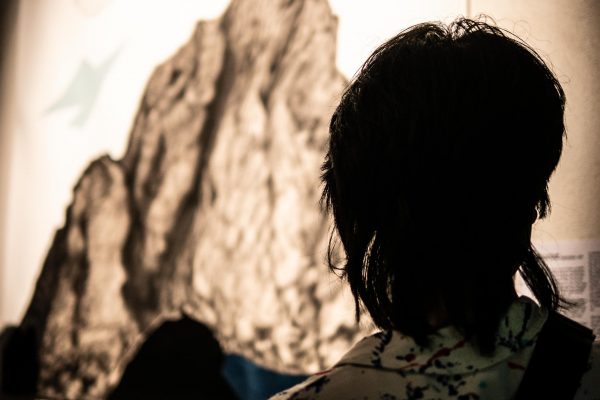 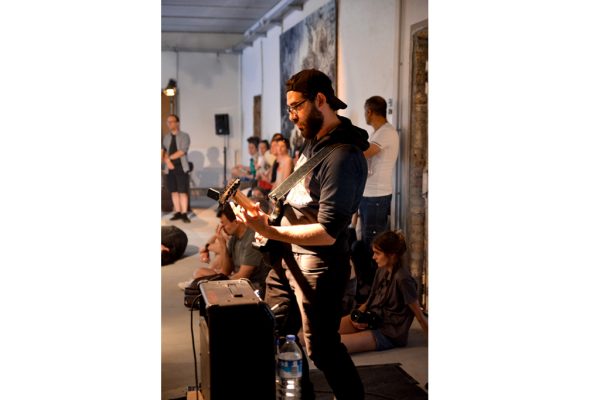 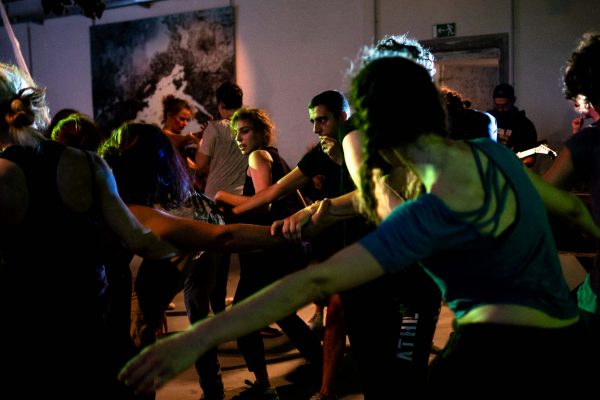 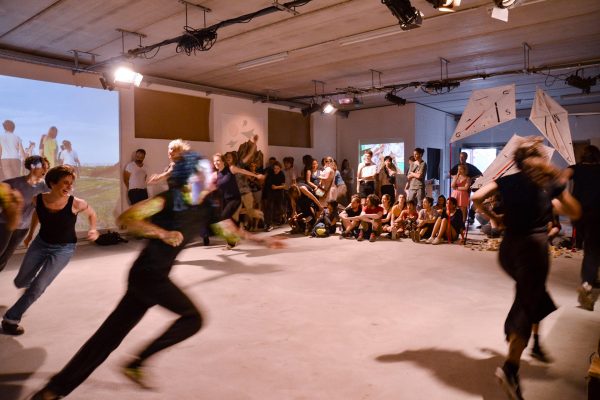 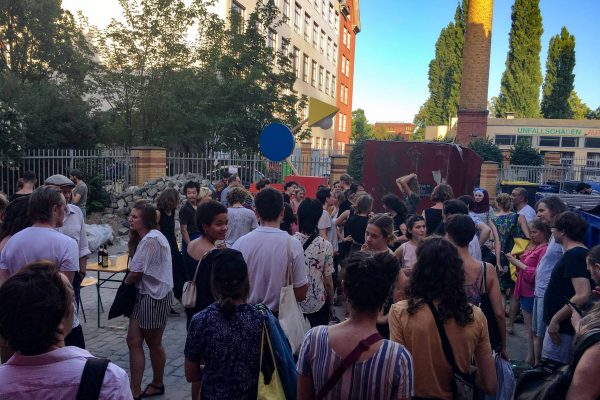 The group listens to the account of a woman who experienced the rubble in Berlin as a child. 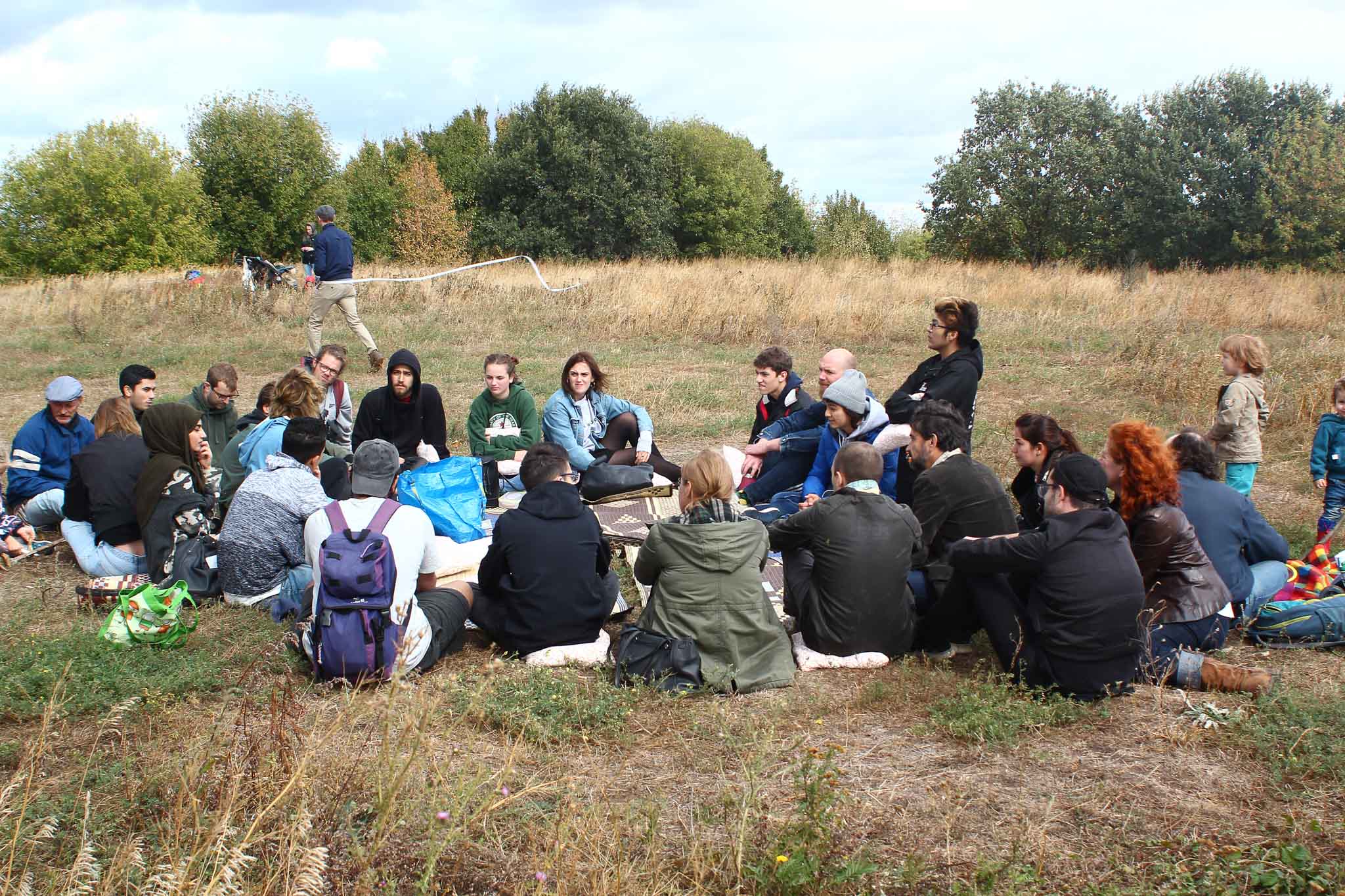 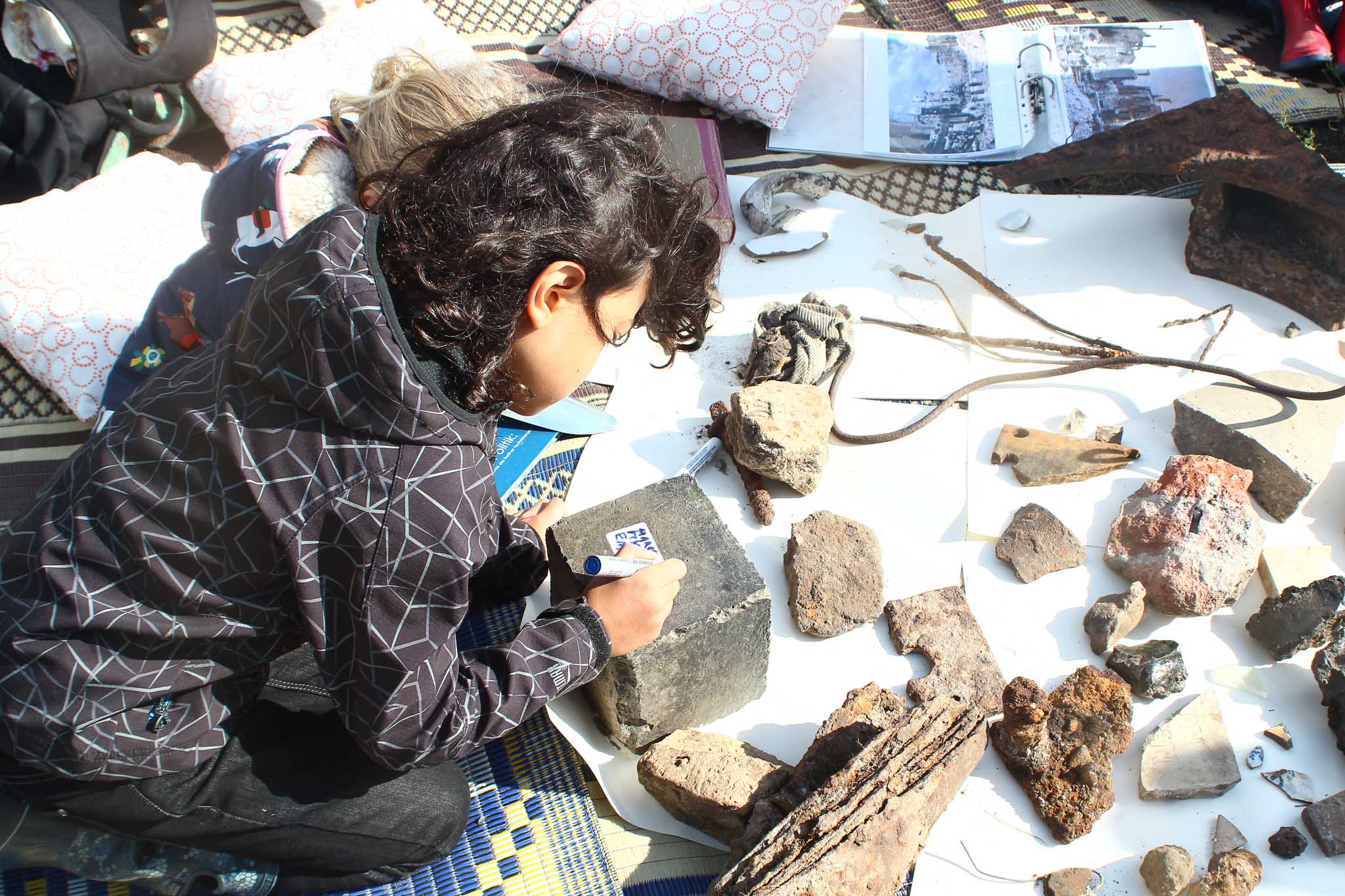 Objects with a story to tell: many hidden treasures can be found. 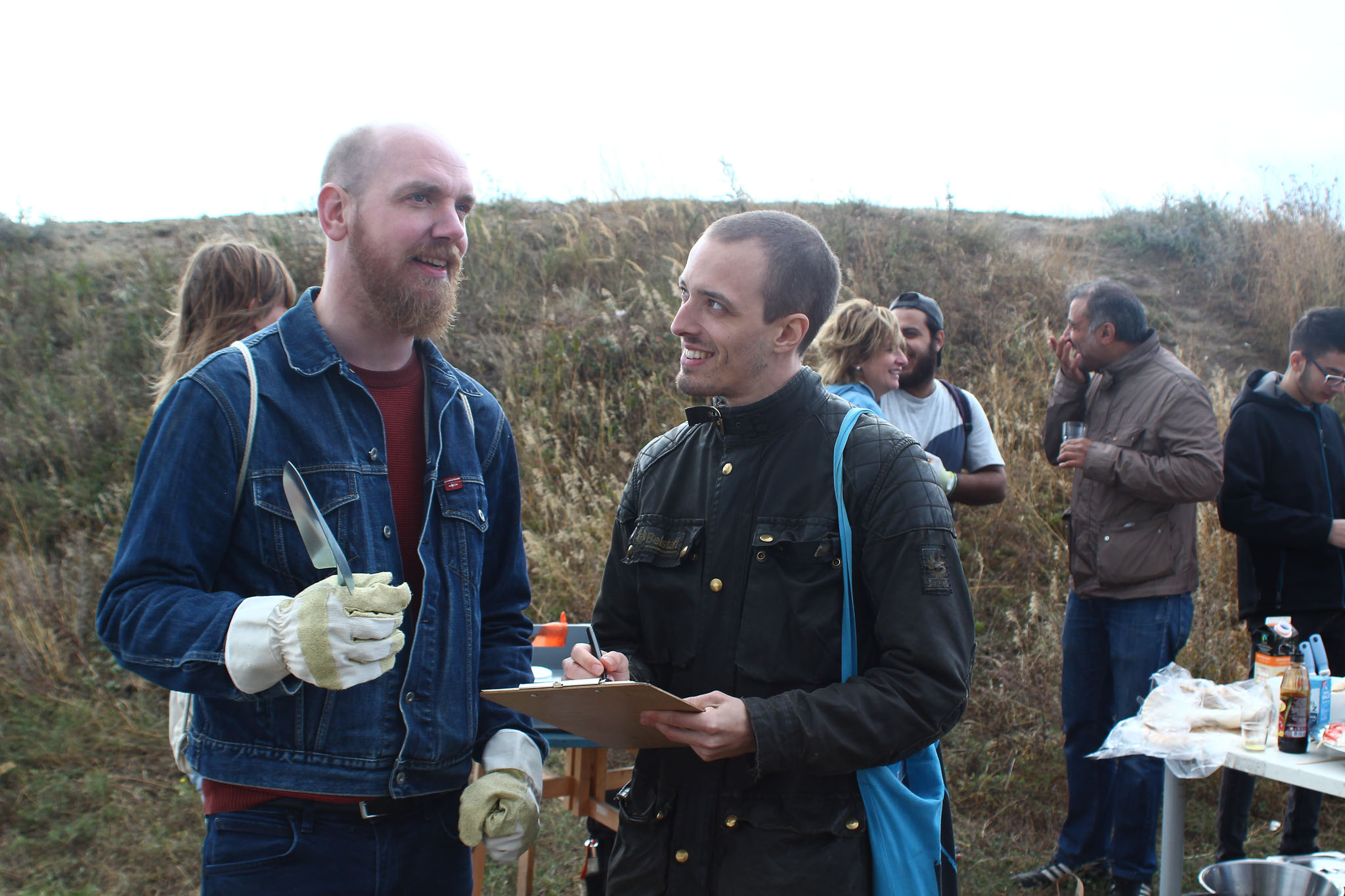 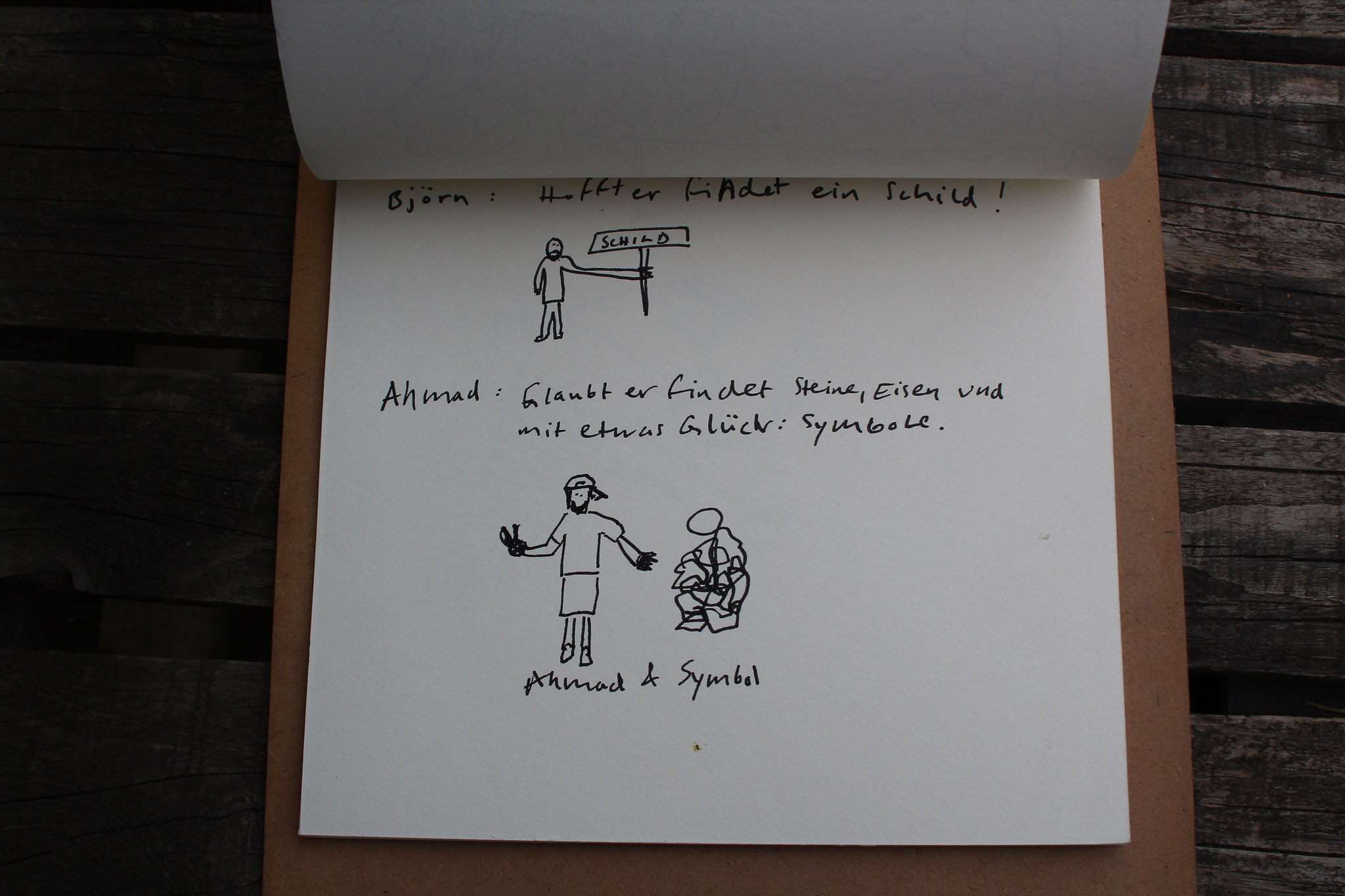 The finds become the inspiration for artistic or dramatic interpretations, such as the Trümmerkino (“Rubble Cinema”) evening. The young ensemble from the Neuköllner Oper give a sneak preview of their work, filmmaker Ziad Kalthoum presents his film “Taste of Cement”, and Dr. Mamoun Fansa discusses reconstruction plans for Aleppo’s old town. 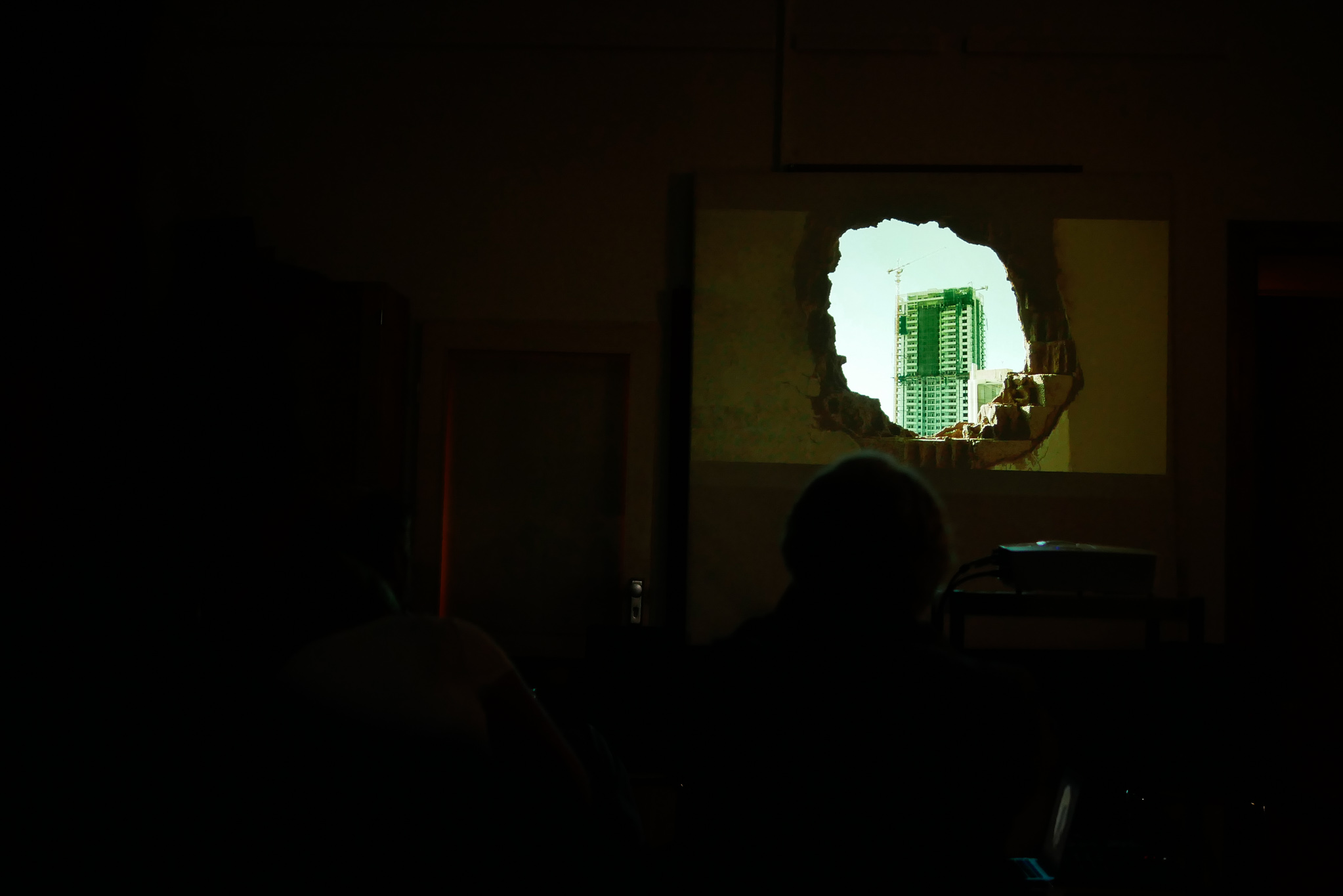 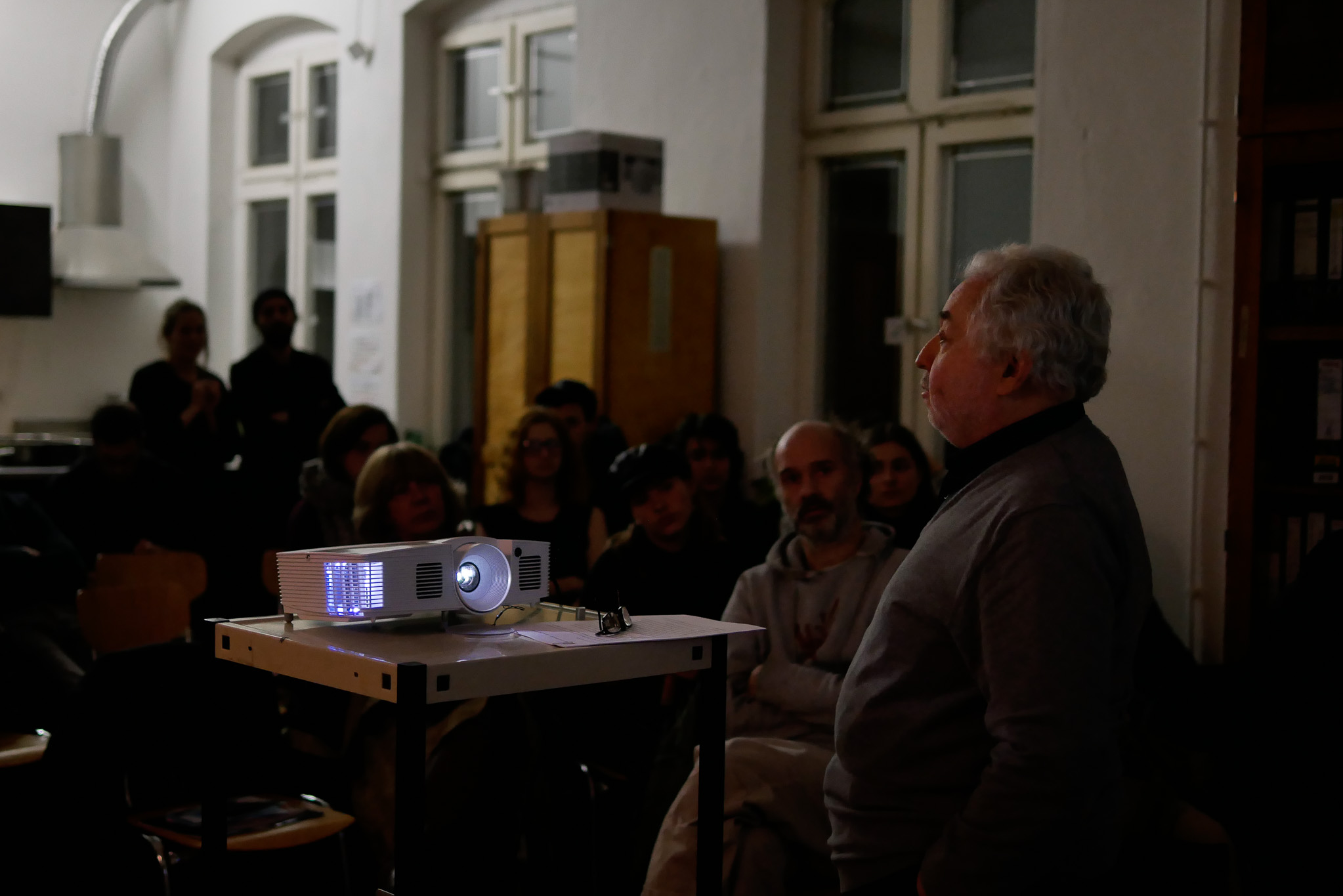 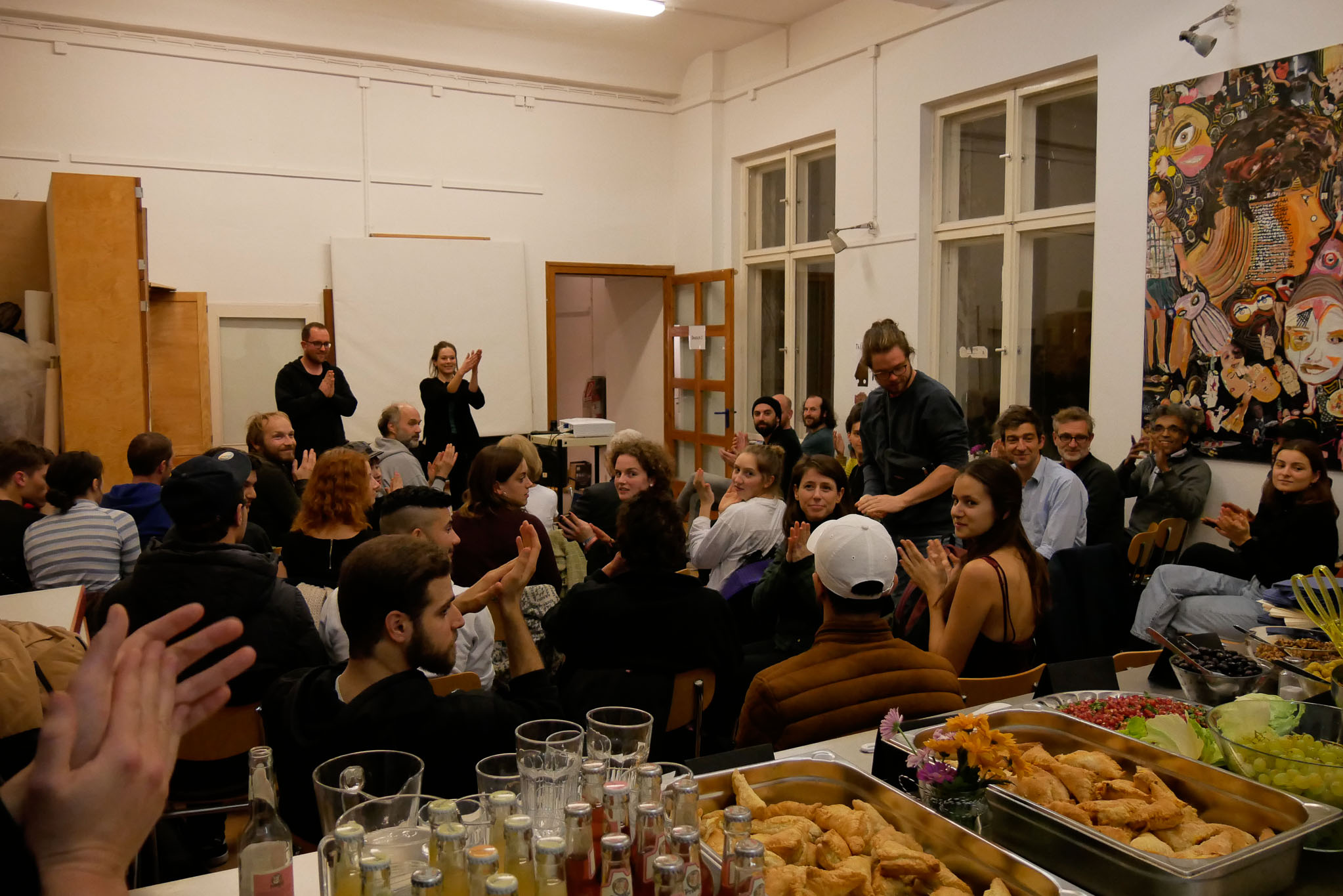 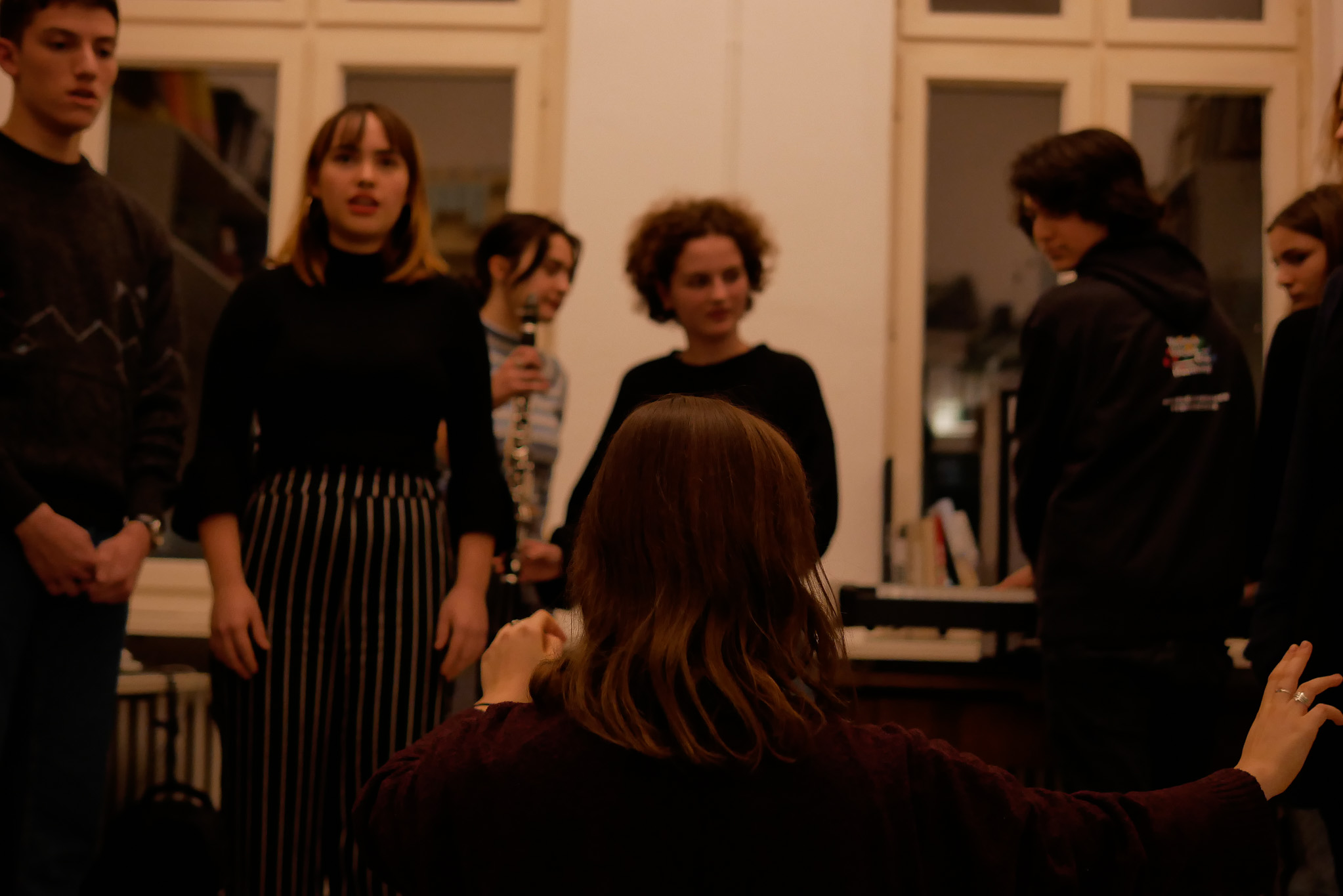 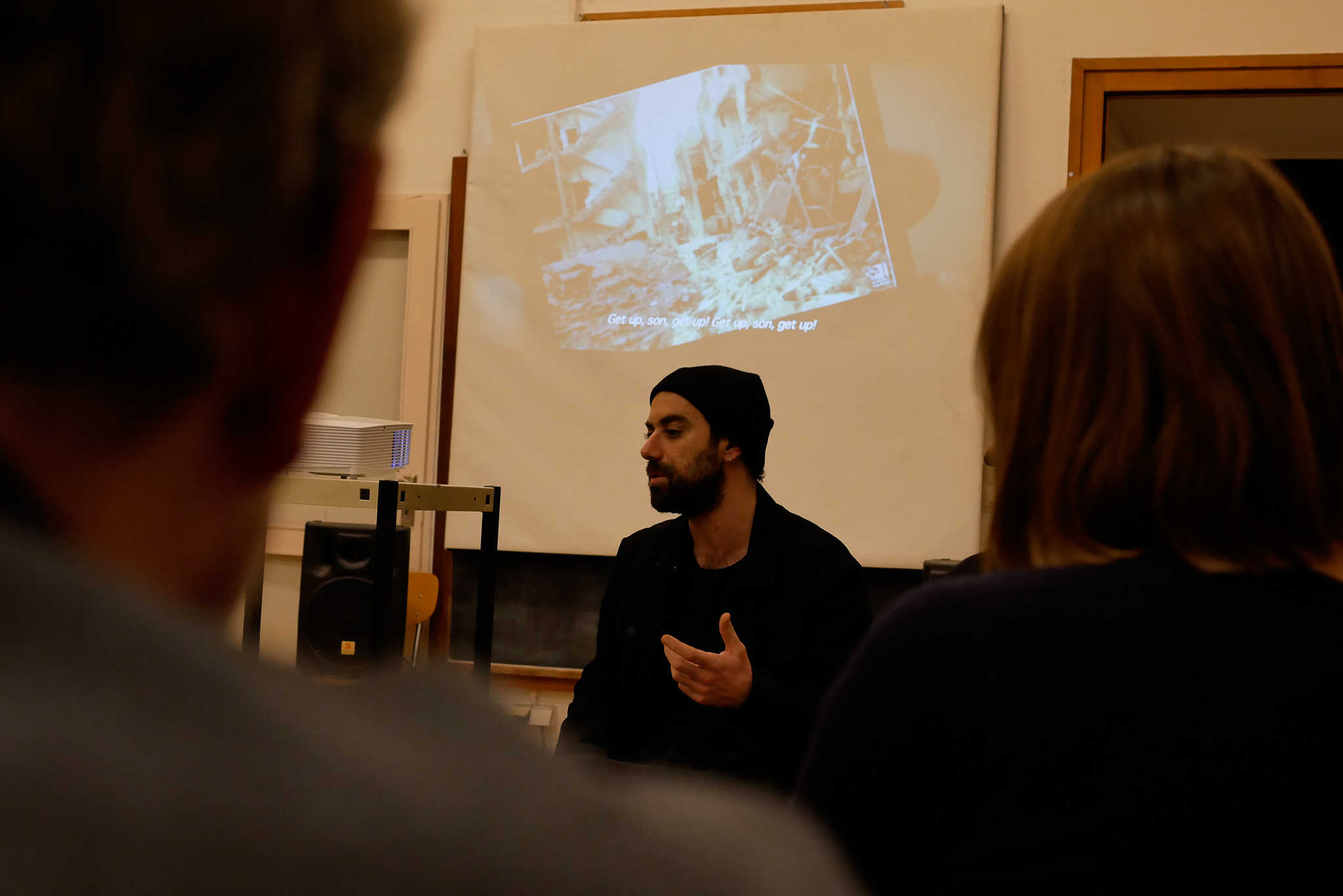